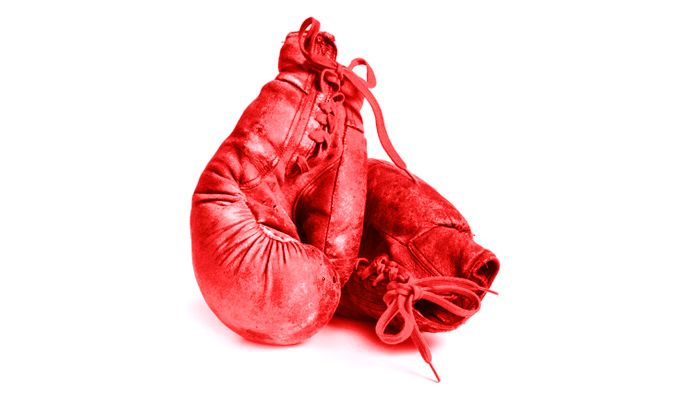 “Bitch” he shouts as he stings his opponent with a stiff jab right through the guard into his opponent’s nose, evading any counterattack his opponents puts forth. He moves around the ring after landing his pinpoint precise shots, laughing and mocking his opponent at every pivot, and punishing him with counter shots at will. “NOPE” he pronounces to his opponent when they land a decent punch, indicating they didn’t have any effect on him, as he laughs and responds with a stiff right hand of his own, followed by an accurate flurry of body and head shots. If you have never been a witness to it, This is what it is like at Floyd Mayweather's sparring sessions. Brutal but beautiful displays of boxing craft after decades of training and blood, sweat and tears on Mayweather’s part to get to this level of mastery. But aside from Mayweather's superior boxing ability, there is something much stronger to betaken away from and learned from Floyd Mayweather which is often overlooked; his incredible self-confidence and self-belief, which a big part of that seemingly has to do with his self-talk.

When Floyd is training, it is not uncommon for everyone in the Mayweather camp to be cheering him on while he rips the heavy bag with crisp hooks, skipping rope with the rhythm and beauty of a good dancer, or when he’s putting on a boxing clinic with one of his sparring partners. Everyone in the gym is on his side and they all shout motivating phrases at the top of their lungs during camp “HARD – WORK, DEDICATION” and other Mayweather Monikers that keep the champ going. Floyd himself seems to know the importance of this and has truly internalized and mastered the mental game of boxing, just as much as the physical part. Just as he is a master of his sport, he also seems to be a true master of his mind as well.

In a sport as ruthless and unforgiving as boxing, any shred of doubt or lack of confidence is all that is needed to lose a fight, and/or get yourself seriously injured in the process. Mayweather doesn’t give himself any slack or chance to indulge in negative thoughts and he achieves this by talking to himself positively, over, and over and over again. This evidence is clear in his training videos, you will hear him speaking to himself about; how nobody can beat him “49 tried, 49 failed”, how he is too dedicated, too strong, too smart, “All work is easy work”, there is not a sliver of negative self-talk in his verbal repertoire aimed at himself. It is all positive and said in strength, and he says it constantly, seemingly every time he trains.

There is something profound to be taken from Floyd in this sense; that undying self-belief that has propelled him to where he is now through how he speaks to and about himself. If you are going to do anything of greatness, whether it is a personal project, starting a business or anything in between, you have to start with a solid foundation of self – belief, otherwise, you will flounder at the first sign of hardship and go right back to where you started. Floyd seems to have instilled this in his training just as much as hitting the heavy bag with pin-point precision. His now thought processes seem to be by intentional nurturing and design as should your self-talk and beliefs.

Your internal monologue or how you speak to yourself is a keystone to success when it comes to mental strength, health and ability. People like Mayweather know this, you’ll never hear him utter a negative word about himself, ever, especially when it comes to boxing and his abilities. He is in a sport where a drop of self doubt can get you seriously injured and Floyd has internalized the notion that he is the best, and nobody will take that away from him. Life itself may not be as dire as dodging punches from someone looking to knock you out in the ring, but life also isn’t all peaches and cream, and you will inevitably encounter hard times. How you handle them is up to you and in more detail, how you think and manage those hard times in how you will proceed through them.

In the ring, Floyd has had some difficult fights. He haslost some rounds and has been clocked and hit hard a few times, which isinevitable in the sport. But, every single time, he has found a way to comeback and win. This is in part due to his thinking, I feel he has never countedhimself out of any fight. He is always mentally winning or in his mind hasalready mentally won. There is something to be taken from this. When difficultthings in life hit you hard, it isn’t so much the hit, it is how you reactafterwards; do you crumble? Do you let it bother you for a while? Or do youbounce right back? I think the honorable and righteous goal for all of usshould be to bounce right back and keep going.

Not to say this is an easy task. Many of us carry around negative thoughts and ideas about ourselves, our abilities and our worth from our parents, friends, teachers, and we let these thoughts about ourselves linger for years. Over time, these negative thought patterns become our normalcy, as these are the thoughts we are simply used to. We repeat these debilitating thoughts to ourselves over the years and they sink deeper and deeper into our mind and psyche which in turn makes them a bit more difficult to weed out. But no matter where you are starting from, the task can be done. The key here, is to switch up that pattern just like Floyd does, no more negativity, ever, and you have to do it continuously. Like Floyd, all the thoughts and things that you say and think of yourself need to be replaced with more beneficial items.

The idea that thoughts are things is no new notion, and athletes have been using visualization and self-talk routines and techniques for a long time now, but Floyd is simply one who has mastered it. In your personal and even professional life, take account of how you speak to yourself on a daily basis for a week. After implementing this self-analysis, you will be shocked at how many times you think or speak negatively about yourself. A little self-deprecating humor once in a while never hurt anyone, but overall, if your internal talk has a negative vibe to it, you need to take the efforts to change it, otherwise those negatives will continue to eat away at you. Beginning to take an overall account of your thought bank is the first major step in changing. This will help you identify where your problems lie, you have to be willing to go inside yourself first and willing to face yourself, like any great fighter.

This path to internal strength is no small undertaking, but it can be done. But much like anything else, we need to be sprung into action. So ask yourself, what will it be like if I don’t change? IfI keep everything as is, and just think, you will literally be the same exact person you are 10 years from now if you don’t. The same thoughts, emotions and patterns will continue to beat you down if you don’t face them. Take the time today and begin to champion your own life, learning to masterfully handle any shot life throws at you and roll smoothly with all of the punches.

Mentoring to Design a Better Mind

Mhood Design believes everyone can release their untapped power and potential, refining their lives to be the greatest version of themselves. Through our mentorship programs, we help strip out anything that may be holding you back to build you back up in order to get you going strongly on your path to true betterment, designing the life you want to live and becoming the person you want to be. Book your free 30-minute mentoring call to get started. Time waits for no man.
BOOK YOU FREE CALL
You can also visit our mentoring page to learn more HERE